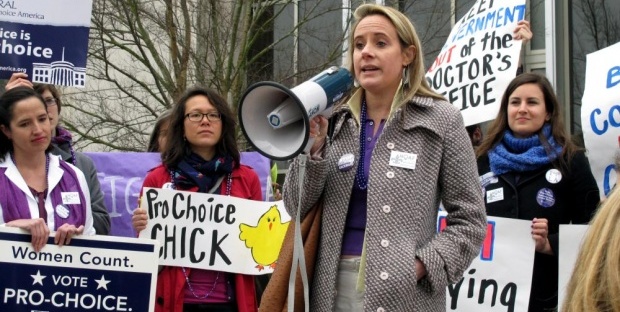 Last week the Associated Press released new data showing that abortion rates are declining in nearly all states – including North Carolina. While anti-choice leaders are heralding these dropping abortion rates as proof of the success of anti-abortion legislation, this is far from the truth.

Since 2008, North Carolina has had the second-largest decline in abortion of all states that keep such statistics. Some people mistakenly credit the state’s abortion restrictions with this decrease in abortions, but the answer is more nuanced than that.

There has been a significant decline in both birth and abortion rates in many states, including North Carolina, since 2008.  These declines pre-date the introduction of many restrictive abortion policies, which began to surge in 2011, including here in North Carolina.  Decreased abortion and birth rates basically means that fewer women are getting pregnant; thus fewer women needing abortions or having babies.  Decreased pregnancy rates are most likely due to increases in highly effective, long-acting contraceptive use, which has skyrocketed in the last decade, from about 2% to almost 10% among reproductive-aged women.  The Healthy Youth Act, which broadened the public schools curriculum to include more information on how to prevent pregnancy, may also have played a role in the decrease in abortion rates in North Carolina. Restrictive laws do not decrease abortion rates; access to effective, long-acting contraception does.

The recently adopted abortion restrictions in anti-choice House Bill 465 – including a 72-hour waiting period for women seeking abortion services – will not decrease abortion rates. These restrictions are medically unnecessary. The American Medical Association and the American College of Obstetricians and Gynecologists both oppose waiting periods for abortion care for two main reasons: they have no medical value and they often cause unnecessary mental distress for patients. The truth is that medically accurate sex ed and access to highly effective contraception are the best ways to lower unplanned pregnancy rates, and thus to lower abortion rates. Limiting women’s access to safe, legal abortion has no such result.

Shoshannah Sayers is the Interim Executive Director for NARAL Pro-Choice North Carolina. She may be reached at shannah@ProChoiceNC.org or (919) 908-9321.