“Senator Berger’s priorities couldn’t be more out of touch.  Instead of increasing access to health care by expanding Medicaid and creating jobs for working families, Berger and the extreme majority are funneling 300,000 taxpayer dollars to groups that block women from making fully informed decisions about their own reproductive health,” said Suzanne Buckley, Executive Director of NARAL Pro-Choice North Carolina. “Regardless of how a person feels about legal abortion, we call all can agree that no one should ever be misled when seeking medical care and information,” she said. 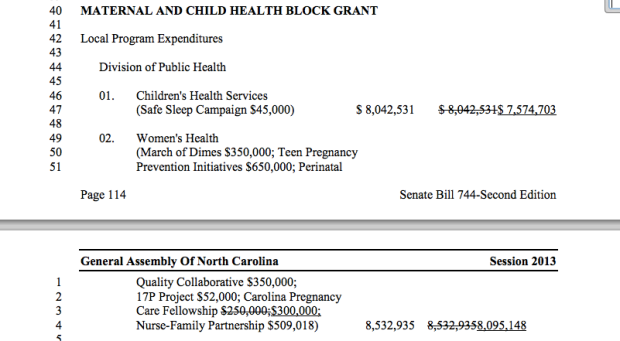 Background:
Crisis pregnancy centers (CPCs) are facilities that often pose as comprehensive health-care centers, but use manipulation and medically inaccurate information to block women from considering abortion—or even birth control—as an option.  NARAL Pro-Choice NC Foundation’s investigation of CPCs in North Carolina in 2011 investigation revealed that of the 60 member organizations of Carolina Pregnancy Care Fellowship:

NARAL Pro-Choice NC will continue to advocate for policies that promote comprehensive, unbiased and non-directive reproductive-health information and work to end the deceptive tactics of CPCs who attempt to block women from making fully informed choices about their reproductive options.